Music and fashion is a stormy marriage. For one artist it’s a supportive crux that keeps them in the limelight (Madonna’s cones and anything Gaga), for others it’s the first sign that things are on the slide (Sinitta’s X-Factor palmleaf dress).

But the clothing choices we make owes a lot to bands and singers, and few areas can boast a heavyweight title in this area than the Manchester music scene.

This vibrant north-west England metropolis — the first city outside of London to open an Armani shop — is divided between delirious Madchester, rhythmic Northern Soul, and ballsy Britpop. A city that fuses ‘Manc Swag’ and all-night clubbing with high-end designer shops and ultra-chic hangouts; we’re looking at how Manchester music launched male fashion into unchartered territory. 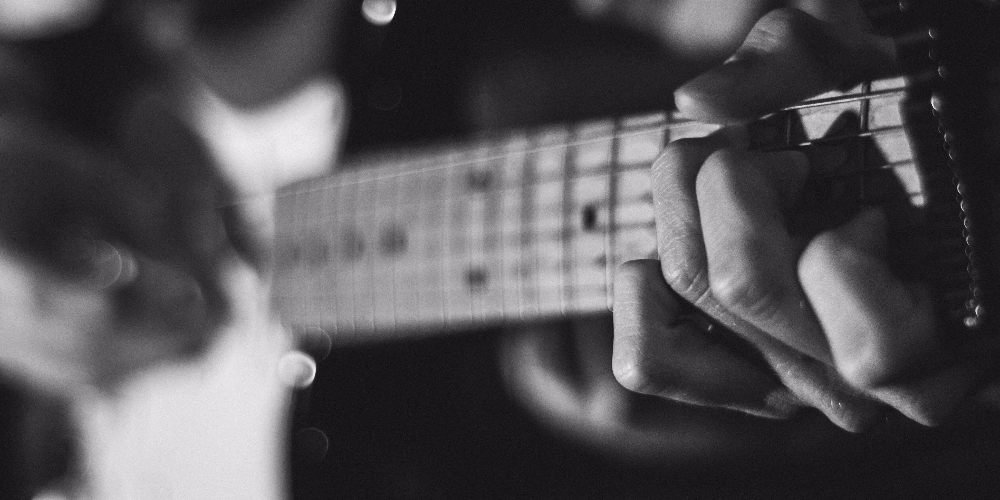 If you hear Madchester, one of the first bands you see is Happy Mondays. The term Madchester became part of British vocabulary in the 1990s. It was created to sum up a revolution in Manchester’s music scene, as well as the surging popularity of psychedelic rock and electronic dance music. Madchester’s quirky/bohemian clothes and fresh sound worked together to create a cultural phenomenon in the city, which centred around the explosion in the availability of ecstasy that changed a ‘night out’ into an entirely new experience.

Before anyone knew it, ‘baggy music’ — a genre of funk, house, guitar rock, and psychedelic sounds — was born and Happy Mondays fandom soared.

Even excluding the band’s hallucinatory sound, mad performances and off-stage behaviour, Happy Mondays is one of the most entertaining bands ever to hit music fashion.

Think flared jeans, buttoned up shirts and hippie-like tops (or just Shaggy from Scooby Doo) topped off with a fishing or bucket hat and you’ve got a visual style that is Madchester through and through. Happy Mondays fans quickly followed suit and even today, we can buy the smiling ‘acid face’ logo emblazoned on t-shirts and hoodies, which shows how the band’s fashion legacy has kept strong.

A lot like Happy Mondays, Stone Roses helped to marry music and fashion, and were massive players on the Manchester music scene. Founding member, Ian Brown, led the band to international stardom in the 1980s, and they soon become famous for their distinctive style and resurrection of flared trousers.

From the fisherman bucket hat to the Adidas jacket, Stone Roses fashion was all about loose clothes and a casual dress sense. You catch Stone Roses fans sporting tracksuit tops, floral or checked shirts, too-big Stone Island sweatshirts, and maybe even the iconic ‘mod cut’ hairdo made famous by Brown himself. This messy haircut is a mix of classic rock and ‘baggy style’, influencing stars and fans alike over many years — including Liam Gallagher and The Enemy.

Stone Roses helped to create a fashion spin-off of the ‘baggy music’ genre that fans loved, and this Manchester band became synonymous with the term, scally — a word first used to simply describe a working class person with a casual/sportswear dress sense that is now, unfortunately, almost always used as an insult for yobbish behaviour.

Another of Manchester music’s most famous bands, Oasis, formed in 1991 and won countless MTV, NME and Brit awards before splitting in 2009.

Immediately when you think of how Oasis dressed, you probably imagine khaki parkas, baggy shirts and Lennon-esque glasses. A big part of music and fashion in Manchester around Oasis’ heyday was the revival of the 1960s’ Mod, which Oasis spearheaded amazingly.

Original mod fashion brought together tailored suits and military-style trench coats with buttoned-down collars and fitted trousers. Bands like Oasis took hold of this idea and spun it into something that fitted perfectly into the world of Manchester music. Keeping the streamlined look, Oasis gave mod fashion a rockier edge with Paisley-print shirts, tracksuit jackets, messy haircuts, khaki coats zipped up to the chin, and straight/slim fit jeans (never skinny).

Brands like Levi, Fred Perry and Tommy Hilfiger were often found draped on The Gallaghers, who also loved the lightweight, waist-length look of the Harrington jacket. This garment was actually first made in Manchester, which probably made it a source of pride for the Mancunians, and it was the perfect mix of smart/casual for the quintessential 90s’ mod look.

Throughout their time at the top, the Oasis boys loved the odd Kangol-branded bucket hat like the rest of Madchester, and made sure to sling on plenty of Adidas tracky jackets (fully-zipped) for the ultimate lad-look that you see everywhere today.

Oasis continues to influence the world of fashion. Ex-member, Liam Gallagher, started fashion label, Pretty Green, in 2009 which has had great success in bringing Oasis’ mod/Britpop/90s’ lad fashion into 2017.

A Manchester music scene titan, Joy Division was originally called Warsaw and formed in 1976. It had great commercial success before the death of lead singer, Ian Curtis; but was also a leader in alternative fashion that still influences fans today.

Eighties’ rock band, The Smiths, had huge influence over the independent music scene and inspired a wave of alternative rock/indie pop groups. But when questioned about fashion, Morrissey was brutally dismissive of clothing trends and claimed that The Smiths were pretty much the worst dressed band ever.

Many fans clearly disagreed and Morrissey is still known for his quiffed hairstyle and wire-rimmed glasses (which possibly inspired Liam Gallagher’s spectacles affinity). The Smiths’ uniform consisted of baggy shirts, over-sized cardis and large jumpers, but they also had a grungier side that was made up of acid-washed/ripped jeans, leather jackets and sunglasses. These styles worked to cement the band’s unique and unforgettable sound that blended poignant, multi-layered songs with an undertone of youth angst and discontent.

The Smiths came about at a time when the flamboyant costumes of Duran Duran, Adam Ant and Culture Club sashayed around the opposite side of the Eighties’ music stage. However hard Morrissey fought on the side of art against fashion pageantry, The Smiths still inspired generations of dressers who go for the thoughtless, laid-back, ‘thrown-on’ look every morning.

Manchester music and fashion has revolutionised British style for decades. Check out our range of retro men’s and women’s plimsolls for your own alternative look.