The realm of athletic stars, world-breaking records, international tournaments, and lifelong rivalries are part of all our lives in 2017. But have you ever considered the future of sports and what it’d be in 2067?

Sports is an unpredictable, ever-evolving phenomenon that whips up a multi-billion pound betting frenzy like nothing else. The future of sports is a maze of new and daring ways to pull the best out of its players and create the most intense experience for its fans. With the rapid rise of virtualization technology, ballooning authority of social media, and intensifying focus on user experience, find out what could be in store for sports in 50 years. 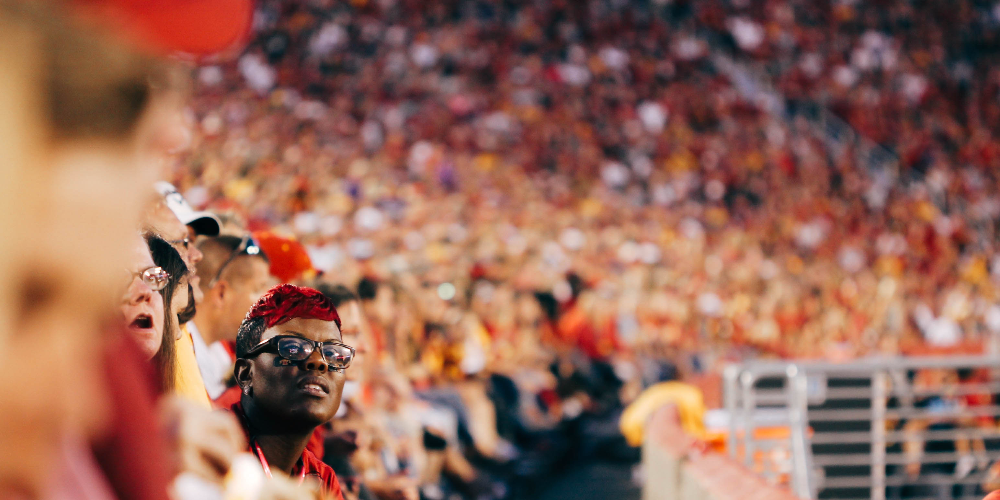 We predict that sports across the board will be obsessed with achieving unbelievable speeds, shots, throws, and goals. Exciting results get unavoidable shares, likes and retweets pinging across the world, which means more fans, more sponsorships and more advertising deals — all free of charge.

We can see every tactic possible being used to enhance the performances of sporting stars in a bid to boost the breaking of unbreakable records and create demi-God athletes that will make prime social media stalking targets to keep up momentum. Even today, sportswear brands are constantly re-inventing clothing to make it easier for athletes to out-perform themselves, and in the future, we reckon that everything from shot puts to football turf will be artificially enhanced for the ideal level of feel, speed, traction, and manoeuvrability.

Expect hi-tech track surfaces for sprinters, enhanced/low-drag costumes for swimmers, spring-loaded courts for basketball players, and ultra-streamlined everything to push the boundaries of human limitations. 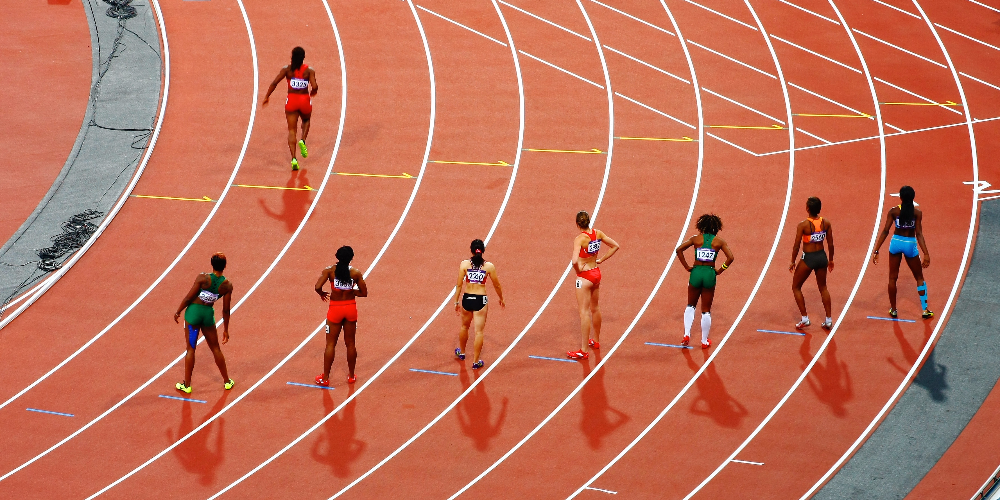 Where we view our sports will go through the greatest transformation in the next 50 years. In the next few decades, we can see super-stadiums for the biggest teams and events, decked out with virtual rides, hologram replays and personal video feeds you use to track your favourite player throughout the game.

But by 50 years, viewing sports will be dominated by the 3D, virtual stadium where you can zoom, tilt and pan using an optical head-mounted device (think Google Glass without the failure). Of course, there’ll still be fans in the stadium watching the game, your headset will simply let you tap in from home.

Why headsets? We predict a voracious focus on lucrative sponsorship deals instead of traditional ticket purchases, which is why a headset is ideal for hosting regular, unavoidable flashes of selected logos and adverts beamed across your eyes.

Gone will be the days of queueing at the turnstile, climbing to your seat and seeing a pie lobbed off a steward’s head. We’ll have virtual subscriptions to replace paper season tickets, surround sound for those atmospheric chants, and assigned (virtual) seats every time so we can sit with our friends without having to sit with our friends. 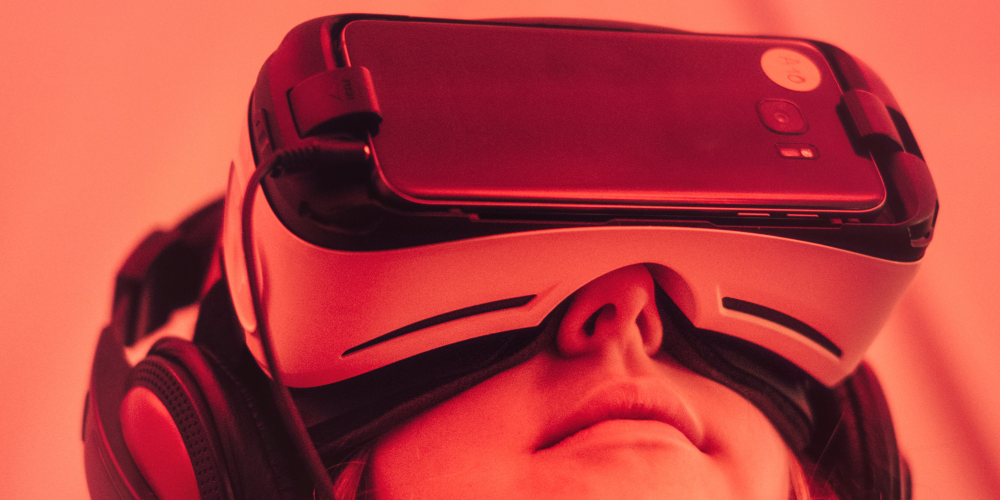 Commercials and sponsorships are likely to exert even greater influence over the sports format in the future.

Endorsements are big money in every sport, which is why a growing amount of air-time is devoted to getting them seen and heard. In the UK, the value of all Premier League shirt sponsorship deals reached £226.5 million for the 2016-17 season, which might go someway to explain why football matches are already packed with extra commentary and statistics to lengthen the programme and squeeze in more advertising. Even in America, the NFL shows about 100 commercials for just 11 minutes of play, while getting a 30-second ad slot during Sunday Night Football would cost you approximately $625,000. 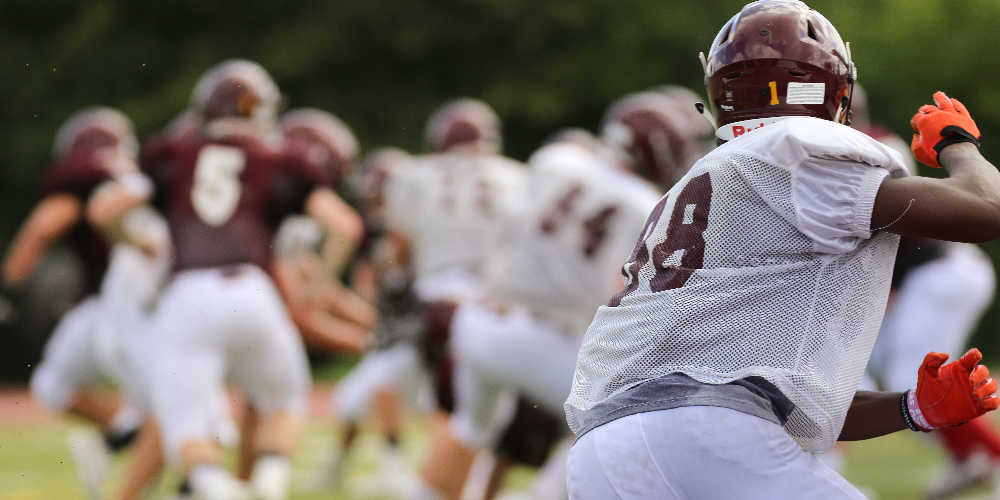 Looking at these statistics, it’s not big a stretch to imagine a future where sports are tweaked for a more ad-friendly format. In 50 years, we can imagine sports with few sections of play (like football’s two-half structure) perhaps introducing extra water breaks or switching to a quarterly format in order to anchor in more promotional material.

We might even go one step further and annihilate the heart-racing penalty shoot-out in football, which we reckon will be substituted for lengthier matches that last as long as they have to — punctured with plenty of breaks.

In 50 years, we’ll either all be massively green or have destroyed ourselves. So, if we’re still around, the jet-setting world of sports is likely to be a popular target for promoting eco-friendliness.

To survive, NASCAR and Formula One motors will probably all be electric to save on carbon emissions, and we will see a rise in competitive cycling as part of a future worldwide bid to encourage less cars on the road. 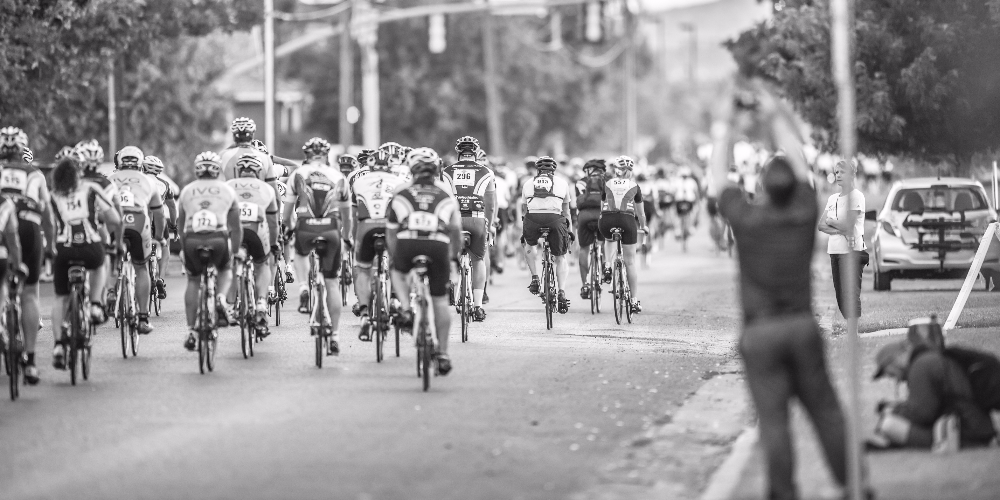 In stadium sports, the introduction of virtual arenas will be heavily subsidised by many governments in order to reduce unrecyclable waste left behind by fans after games.

In this future of endorsements, celebrity status and respect for the eco-system, we can also see more cash incentives and a greater responsibility placed on sports personalities for showing the masses how they should be a good citizen. Expect plenty of viral content from leading athletes shared across the world to encourage their followers of the importance of being green.

The future of sports revolves around the global athlete. We think sports in 50 years will have transcended country borders and we’ll see everything from international Premier Leagues to worldwide NFLs. Instead of nationally segmenting our teams, we’ll judge them on an international scale, creating divisions peppered with teams and fans from every part of the globe, playing together on a regular basis (imagine Man City thrashing LA Galaxy in a mid-week game on your virtual headset). 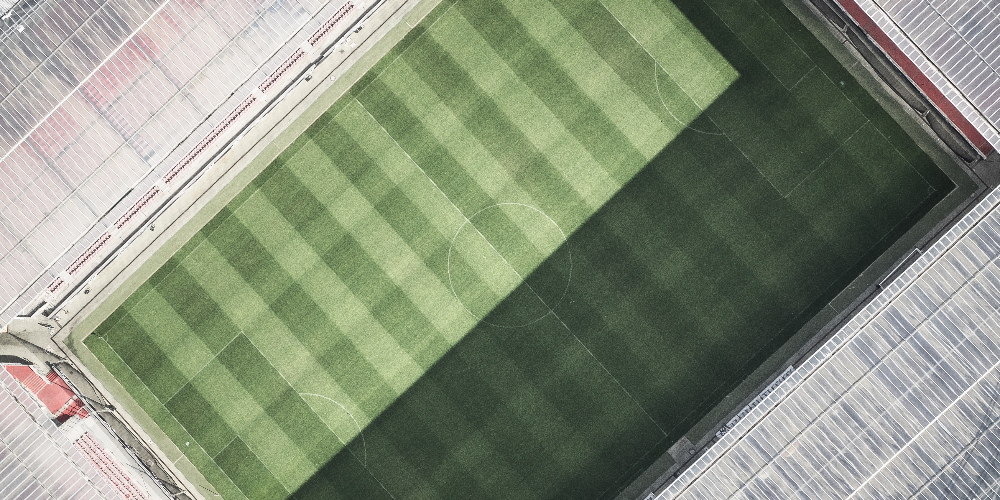 There’s currently talk of the NFL putting more resources into finding talented athletes on other continents — could American football take over as the first world-inclusive sport in 50 years’ time? And would this spell the end for international tournaments and national victories, like the Olympics and World Cup?

As we’ve probably said too many times, the future of sports is steered by money, and there’s only so much a business can grow domestically.

A fairer game in the future?

The last we heard, there have already been secret video technology trials carried out in Premier League matches this season. However, football is a curiously slow member of the sporting family when it comes to implementing this across the board.

Thankfully, the future of sports will likely be built around instant replay and video evidence used to support every sporting decision. So, no more uproar following embarrassing ref mistakes like Lampard’s disqualified goal and Maradona’s laughable Hand of God.

But why not go one step further? Sports in 50 years might kit out its rugby, cricket and football players with tiny cameras strapped to their boots or collars in order to capture every rant and dirty tackle for the ultimate in fair-play and entertainment.

Personally, we’re in two minds. On the one hand, we’re all about playing by the rules and ensuring a game is won justly. But hating the referee or umpire is such a unifying experience for fans that taking the decision-making out of their hands could just ruin the atmosphere. 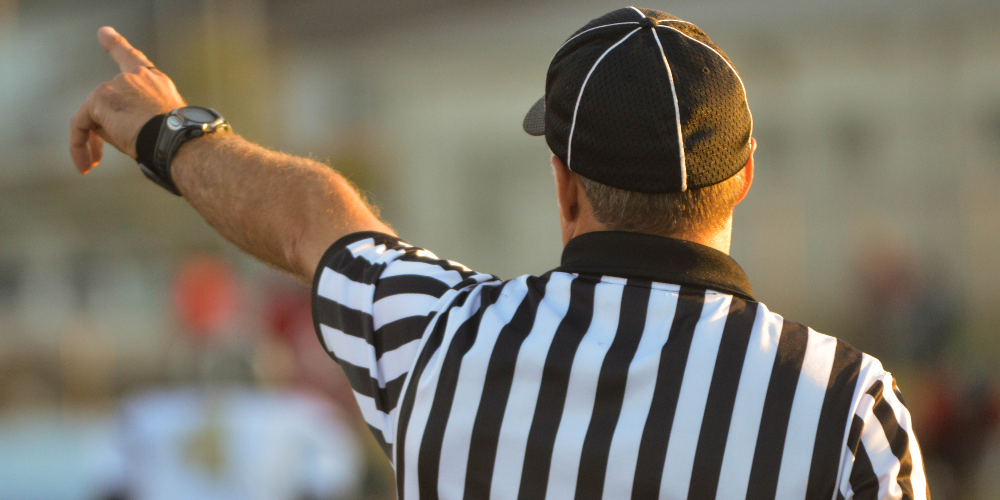 On a less crucial point. The future of sports will likely leave behind the mandatory coin-toss at the beginning of many sporting events. Football matches still use it to decide who kicks-off, but we’re sure half a century will create an app that will provide an even more random result to the heads-or-tails scenario.

The future of sports is all about the viewer. Even now, events like Formula One races are strategically held at peak TV viewing times in Europe to ensure they pull in their maximum audience, and we’re seeing more and more kick-off times deviating from the 3pm time slot for a more TV-friendly time.

In 50 years, we can see every league and division having its own channel which means a sad farewell to scuffles between networks like the BBC and ITV for the broadcasting rights to Premier League matches.

Another big change will be the authority of social media, which will replace the traditional, sit-down press conference after a game and will introduce live, post-match Tweeting direct from players to fans.

The big news about sports in 50 years is that snooker might not be there to see it. The gentleman’s game of snooker has lost many of the big names and famous personalities that made it popular during the 1980s, like Steve Davis and Dennis Taylor.

Greed for big-money deals means that any sport like snooker and darts without huge team sponsorships, heavily endorsed stars, and prime-time viewing slots are pushed aside to make extra room for more emotional games, animated players and photo-opportunistic moments that are prime meme fodder and offer the greatest money-making chances. 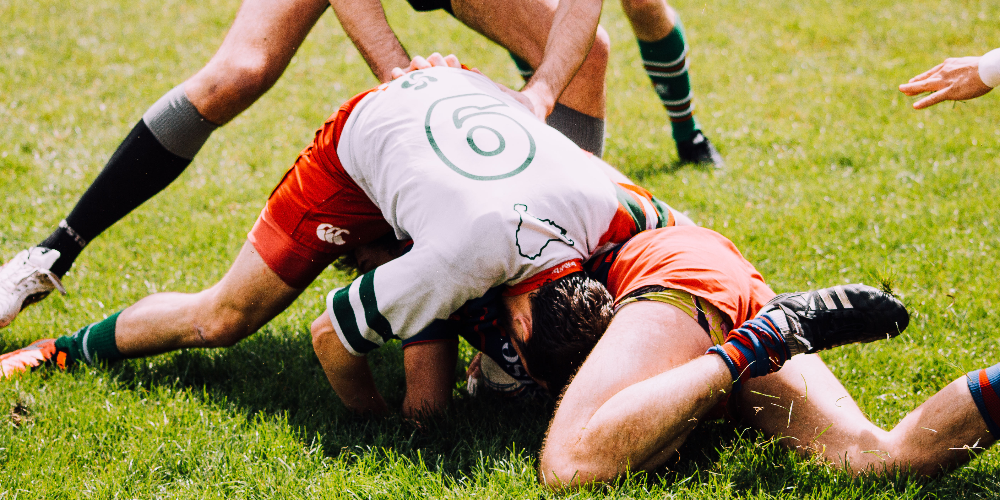 As we’ve said before in our predictions, we’ll likely see more augmented reality and virtual reality interfaces in sports, with all decisions, formerly dictated by men with whistles, coming from computers.

The future of sports brings with it more meticulous analysis, aided by instant replay, video feedback and masses of statistics presented in seconds. Boxing and kickboxing, for example, will receive instantaneous information about key parts of the sport, such as impact and strength, which will be analysed by coaches and medics to dictate if a fight should end or how the boxer should end it. 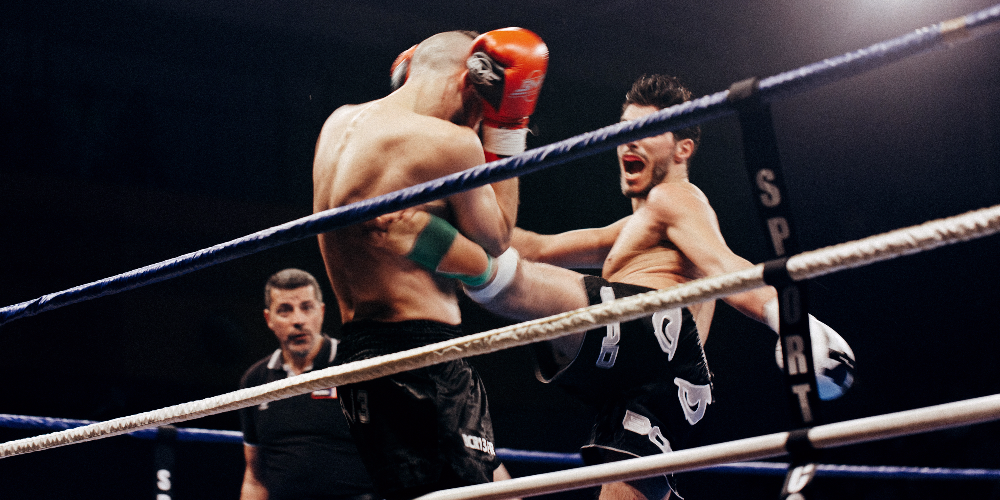 Delving deeper into the world of virtualism, skipping 50 years into the world of sport might give us completely transformed games, like virtual driving in Formula One. Perhaps this could be a way of keeping alive the due-to-be-departed sports like snooker and darts, too.

Sports gear of the future, will offer more for your money. Why have one sponsor when you can have several? Shirts to come will be made from a materials that enable multiple endorsement logos and ads to show throughout a game, which will go far to keep up with the demand.

Similar to the microscopic camera idea strapped to players’ kit, we imagine that integration and communication will be commonplace among players and management in 50 years. Team members will be fitted with earpieces so that the coach can speak directly to them at all times, rather than hollering from the sidelines, which should lead to a more tactical game for the viewer to enjoy.

Another key kit change we expect to see in sport in 50 years is one that we’re sure will happen much sooner. Many UK scientists today firmly believe that repeated headers during a professional footballer’s career can lead to long-term brain damage. So, we’re almost certain that the world of sport in 50 years will require each of its players to wear headguards on the pitch.

With the ever-growing focus on health and safety, sports in 50 years will likely strap its athletes up with respiratory and heart rate gauges during games to ensure that players are monitored throughout, rather than just once the game finishes.

Really off-the-wall ideas for sports in the future:

Here’s a selection of more world-changing sporting events that, for us looking at the prospect now, would change sports beyond modern-day recognition.

Football dies out; the sport became too commercialised and was strewn with pampered players, so fans revolted and boycotted until it was no more.

Health and Safety takes over; sports like American football and boxing diminish while ‘safer’ sports like basketball, croquet and badminton flourish in the cotton-wool future.

Olympics is cancelled; mass globalisation and a political drive towards dishonouring national pride eradicates competition between countries and anything that promotes it.

Human athletes are replaced with robots; sports become solely about the fandom, voyeurism and entertainment. Players’ talents and physical builds are replicated in machines, which are then continually enhanced for a sleeker, better performance. 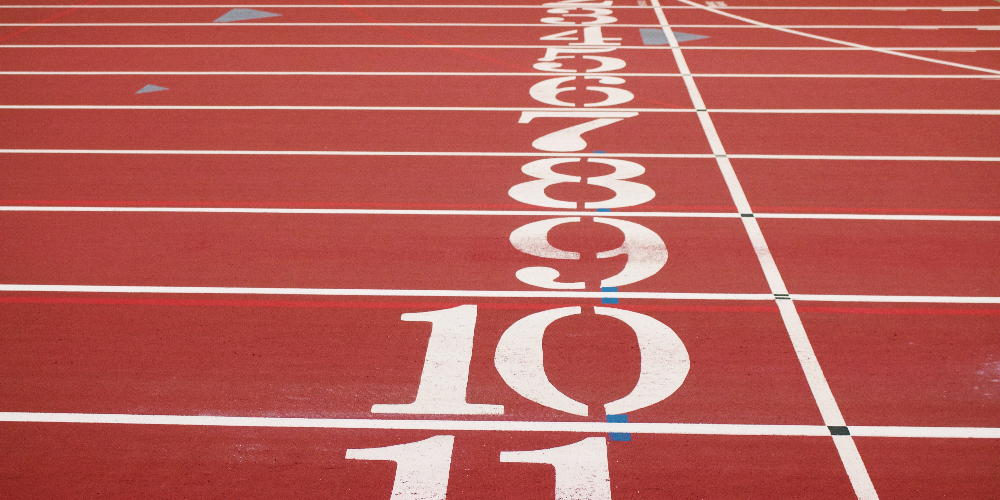