Marianne Bjørnmyr (1986) is a Norwegian photographer based in London. She finished her BA Photography with Social Anthropology at Roehampton University in 2010, and is currently about to finish her MA Photography at London College of Communication. She recently was recently awarded with the Johan Helmich Janson and Maria Jansons Legat art grant  consisting of £10.000 to fulfil her last project, A World For Those Who Inhabit It. 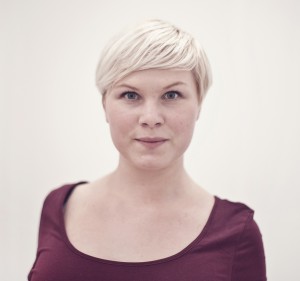 Besides receiving the Jansons Legat art grant Marianne’s work has also been displayed at the Foto8 Summershow 2012 in London, and as a result of this show her photographs were chosen to be a part of the Royal Shakespeare Company’s exhibition A World Elsewhere that will open in November 2012. She will also take part of the London College of Communication Masters in Photography final Show, A Forming State.

Marianne’s photographs have also been display at the touring show Nordnorsken where her images were shown in 11 different galleries in Northern Norway. Other galleries where she has exhibited her pieces are the Mavernik Showroom, The AOP gallery, The Printspace, the Chocolate Factory Gallery and Galleri Ramfjord.

Her last project, A World For Those Who Inhabit It, documents her travel around the island, collecting “evidences”, in a search for traces of what most of us cannot see.
Attracted by the belief of a hidden world in Iceland, where elves, fairies are claimed to inhabit stones, mountains and waterfalls, she gathered photographs, interviews, testimonies from museums and found objects that invited her, in one way or another, to capture this other world; Depicting mountains and landscapes that has been the scene of these stories.

You can see her work  at:

THE ARTIST OF NEXT WEEK: