Song-Nian ANG (1983) is a Singaporean artist based in London. He finished his BA Photography at the Camberwell College of the Arts in 2011 where he received the International Graduate Scholarship to pursue his studies through a Masters in Photography course at the London College of Communication.
His photographs confront what we usually do not notice, places and spaces half-remembered, half forgotten; influenced and shaped by human presence. 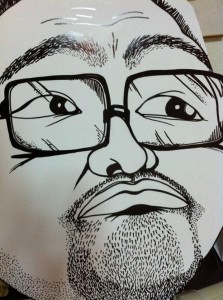 Besides being awarded with the International Graduate Scholarship, Song has also won the  photography prize in the Noise Singapore competition in 2012, and his works have been exhibited widely as part of several major art events such as Photo Espana 2012, Sovereign Asian Art Prize 2011,  eCREA Emergent Lleida Festival 2010, Singapore International Photography Festival 2010 and the Singapore Art Exhibition in 2009.

His project “Many Detours : Washed-out & Interrupted”,  depicts sites of human occupancy, yet all human presence is erased from the images. Raising questions about the impact of human beings on the environment and the landscapes we occupy.

Underlining presence with absence, Song  portraits  the human occupants of the house and self-centred life they lead. Stemming from a fascination with the image we project or the spaces we inhabit, whose meaning is tied to human motives and behaviours.

You can see his work  at:


THE ARTIST OF NEXT WEEK