Raul Rosillo is an Andalusian visual Artist & Creative, working in the medium of Film & Photography. Having originally studied Advertising and Public Relations at the University of Seville, he went on to attain a master’s degree in Creative Direction in Buenos Aires, Argentina. Raul specialised in Art Direction at Central Saint Martin’s in London.Raul currently freelances as an Art & Creative Director and Photographer & Filmmaker for fashion and advertising alongside his personal projects. Currently based in London, Raul has also worked in Buenos Aires, Madrid and New York. 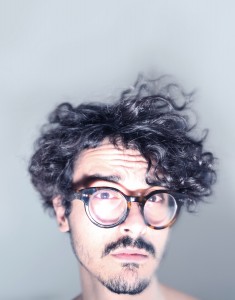 Rosillo makes fashion films and photographies for fashion brands, which ranges from creation to production, controlling all the elements to create pristine results. Raul directs, photograph and edit his productions.
He has presented and exhibited at the Gallery of Madrid Magda Bellotti “LUZ” last september. LUZ is a fashion film with the design of Leandro Cano which was filmed in Granada. Its is based on his personal view of the mixture between Andalusia and fashion. Raul collaborates with Circulo Creativo London which is a information, co-working and contact platform for spanish creative in London. He has worked as a photographer for fashion week of New York, London and Madrid.
Now he is preparing an exhibition in London and in the south of Spain which would be an itinerant exhibition. The next month he will present some of his fashion films in South Cadiz, a spanish Summer Fashion Festival.

His latest work have been “Veneration” a fashion film for Dresslab Magazine and “Quimera” inspired on a designer who makes typical flamenco dresses with a modern touch .
He is also doing portraits pictures where he relates people with different pieces that he creates for this specific project. A project where he manufactures the fashion pieces based on the personality of the model he is going to photograph.
He is preparing his next fashion film which would be something more cinematographic. It is going to involve young british designers and artists from different art fields.