Great music never fails to come out of Liverpool, and Death at Sea is no exception. Death at Sea is a new rock, pop and alt band, consisting of five talented Liverpudlians. Describing themselves as the “new noise from Liverpool”, their sound is similar to Sonic Youth, mixed with The Strokes, mixed with the Pixies, mixed with The Clash ( i.e. a great concoction). Coming from the monumental musical city, Death at Sea uniquely draws influence from lofi 80’s and 90’s guitar bands. Their songs are heavily dominated with great guitar solos, and you can clearly hear the guitar influence of bands such as The Smashing Pumpkins and Dinosaur Jr.- producing some great and modern rock ‘n’ roll.

This band has only been around for a year, kicking their musical career off in January 2012. Although they are new, they have already toured with the likes of the Palma Violets, Savages, Splashh, and the indie-pop trio of sisters HAIM (accompanying them at their sold out concerts across the UK and Germany). Death at Sea has also caught the music world’s attention, with the likes of NME and Zane Lowe praising the boys for their guitar sound. Mr Lowe has already named their song ‘Drag’ as his ‘hottest record in the world’. This is especially impressive when you hear that these talents wrote the single in their living room, and recorded the hit then and there. This DIY band have also produced a limited edition cassette and vinyl of their rock song ‘Drag’, taking it back to their 80s and 90s roots, (although they admit that the cassette tape idea was so that they could play it in their old-school car).

Go and check out this hot up-and-coming band! Head to; 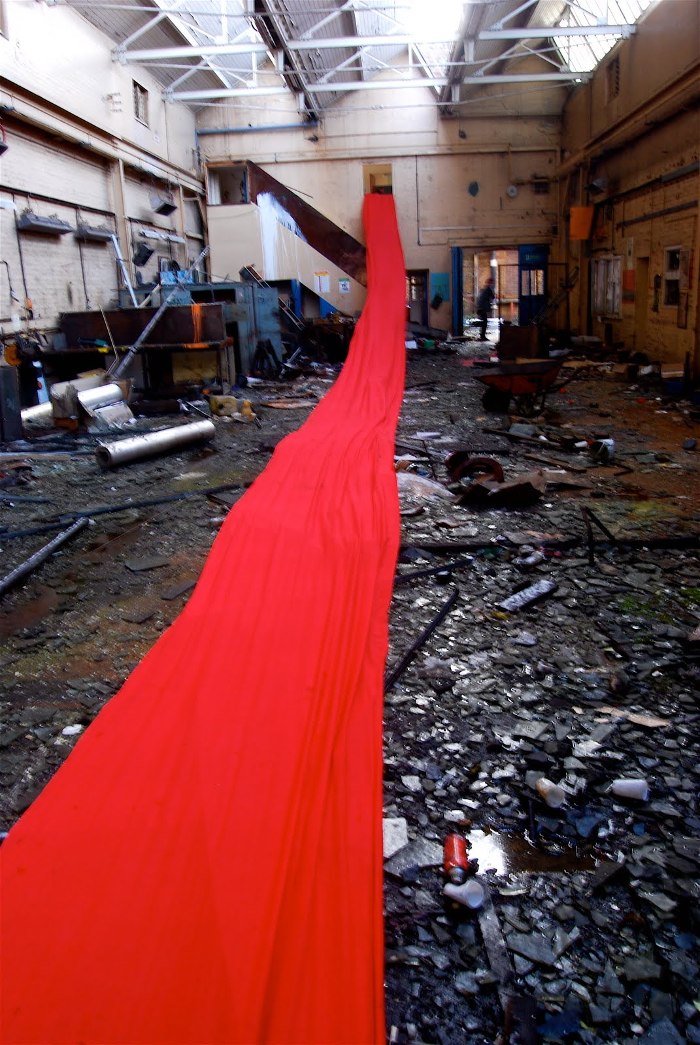 Theo is a great example of contemporary all-round artists, collaborating across disciplines and successfully delivering his ideas in any medium. He investigates surrounding space, translating his observations into balanced geometrical compositions, demonstrating beautiful drawing technique. Space becomes a part of his work, he displays drawings and layers projections on top of surrounding objects. Artworks and objects blend together, forming an altered reality.

His recent projects include a site specific collaborative response to Cairns Street in Liverpool, where he and another 10 artists created artworks in response to the street, transforming the area and abandoned buildings, working with residents and setting up a drawing workshop.

To see more of his works, visit his website www.theovass.com