Hi there and a warm welcome to my first blog post as a Student Ambassador for Gola’s ‘Born in Britain’ initiative. By trade, I am a fashion writer, however today, and I’m sure at many points in the future, I will be departing from strictly writing about fashion to uncover new musicians, poets and artists. In light of this, I would like to introduce you to Ewan Phillips, a twenty two year old singer/songwriter from London, who is currently based in Manchester.

Ewan has begun to emerge as a hot new talent in the acoustic genre recently popularised by the likes of Ed Sheeran and Ben Howard.  In the summer of 2013, the music video for his song ‘Orbit’, the headline track on an EP under the same title, was shortlisted in the Best Short Film category at the Kino Exposed Film Festival. He has just released his new EP ‘Pilgrim Rose’ featuring the song ‘Landslide’, and has an album in the pipeline, all of which he has been working on at the same time as managing HigherSound, his own online production community (check it out at http://fallowfieldrooftube.wix.com/highersound ), frequently organising music events to promote his own music and that of other like-minded musicians.

What started off as an interview quickly turned into a 30 minute in depth chat about music, relationships, Fight Club and singing in the shower. Ewan is sensitive, intelligent and clearly loves music. The right components of a future star? I think so.

In the comment sections on YouTube, you’ve been compared to Ed Sheeran. What do you make of this?

Ed Sheeran is king of acoustic and he structures his songs in quite an ‘easy listening’ pop structure, which is a similar vibe I go for. He writes honestly and with vulnerability, and that’s what I like most about him. I think people really appreciate that because it helps you to connect with him. I try to be as honest as I can when I’m writing. I don’t actually try  to be honest; I just end up being honest.

So what’s your process for writing a song?

I think I’m pretty much addicted to writing songs. I’ll just be chilling in my room, trying things out on the guitar. I normally get a chord progression going and then start improvising and get a line or two that work and carry on from there. And then sometimes you’ll be singing in the shower and you’ll come up with something that you think sounds good. So there are a number of ways to get into it.

I want to talk about your new album, what stage are you at with it?

Basically over the whole of the past year, I was writing, writing, writing and out of that has come a few songs that are on the EP like ‘Seeds’, ‘Landslide’ and ‘Hold Me’. They’re the forefront of all my new material, and then I’ve probably got ten other songs, 8 of which will provide the shortlist for the album.

Are there any that really stand out for you? I really like ‘Art’…

Well ‘Art’ would definitely be an album track, ‘Autumn Song’ too probably. There’s been a bit of a difference in the kind of sound I’m producing as a result of having a full band with me now.

What’s it like having a band? How’s it working?

It’s great, I love it. We’re all living in the same house which is super convenient. We used to play quite rocky stuff as a collective but when I wanted to pursue my own music quite seriously, they were really supportive.

That’s really nice for you to have that…

Yeah, it’s crazy. It’s so humbling and lovely. But then they do this thing when they’re singing my songs to me and it’s really embarrassing.

Let’s talk about the artwork: who’s it by? It was an original piece wasn’t it?

Yes, it was done by Chloe Smith who is an absolute babe. I always found art really boring. My Dad had taken me to galleries in London and I always thought ‘it’s a picture of a horse, get over it’. But Chloe is a friend of mine who loves art; we were in Antwerp one time and we went to galleries and stuff and she basically got me into it. When it came to having cover art she was the first person I went to for a painting.

What do you think about the position of young people in the music industry? How do you mark yourself out from everyone else?

I wouldn’t say I’m particularly different from a lot of people. This reminds me of that scene in Fight Club when they’re digging outside and the guy shouts at them: ‘You are not special! You are not a rock star, you are not anything’. And I think in general…

Yeah. So many people are so, so similar. I talk to my friends and they say ‘I know you, but you just live somewhere else and have a different name’.

How does that make you feel?

That’s fine, I’m OK with that. I understand that’s how it is because there are 7 billion people on this planet, of course there are going to be people exactly the same as me. The market is completely saturated. I’ve been tossing and turning and thinking about why I even do music, especially when it involves so much commerciality. But it takes seeing just one amazing musician to realise why people do it.

I had that with Jeff Buckley the other day…

YES Jeff! Music is so competitive and it feels like you’re in a minefield of egos with everyone trying to get to the top and it’s frustrating. But then that moment of recognition makes it feel worth it. I don’t feel like I need to concern myself with trying to be different, I just want to get better and better and better to produce what is true, real and honest for me. 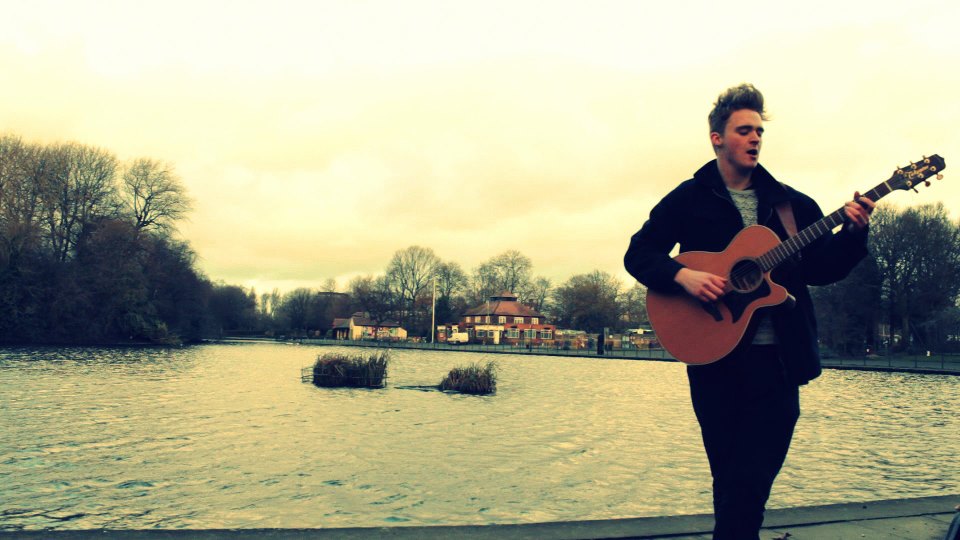