Joachim Fleinert (1984) is a Danish artist based in London. In 2011 he graduated from his Bachelors Degree in Fine Arts at the School of Photography at Gothenburg University in Sweden. Last summer he attended the annual and traditional exhibition New Nordic Photography at the Hasselblad Center in Gothenburg, where he received the winning scholarship ‘The Victor Fellowship’ consisting of £20,000 stipend and funding for a Masters program in the United Kingdom. 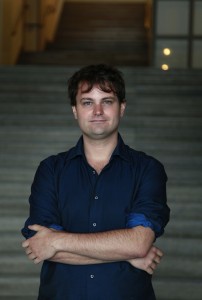 Besides receiving The Victor Fellowship in 2011, Joachim Fleinert has also recently received a 3rd prize award in the 2012 Bar-Tur Award. He is now studying his Masters Degree in Photography at the London College of Communication at the University of Arts London where he is having his final graduation show in November 2012. Joachim’s 2012 exhibitions also consist of his present exhibition in Arles Photography Open Salon in France, The Malmo Festival 2012 in Sweden and Paradise Row Gallery in London. Joachim Fleinert has also exhibited several places in his homeland Denmark and in Sweden where he has lived since 2008.

Big In Japan . Where there is a desire for a dream your own self-reflection is unavoidable.

Having an interest or having the highest goals all starts with the inspiration of others that was before you. The project ‘Big In Japan’ is an attempt to construct an imaginary dream that in a strange way all starts with a memory of an unachievable reality. This, like many others can only feel real from distance, however when you are in the middle of it will feel it as an unreal experience.

The photographs were displayed in London between the 21st and 25thAugust, but there is still an opportunity to see his work at the London College of Communication Final Exhibition which will open on the 19th November 2012.