Sabrina Samsoodin is a London based mixed media artist specialising in illustration with hand embroidery. After graduating from Central Saint Martins College of Art & Design with a BA in Textile Design  she worked on a variety of projects in different creative roles, including fashion and textile design internships at Louise Gray and
David David; two fashion studios in London. 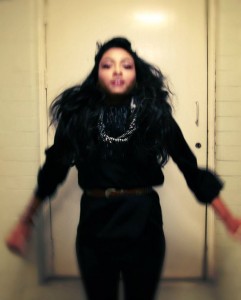 Her interest in traditional textile crafts and their connection with social change led her to pursue her studies in hand embroidery. She is fascinated by the traditions of hand embroidery and the importance of embroidery in particular communities and as rites of passage.

Sabrina is currently studying at The Royal School of Needlework and focuses her practice on pairing traditional textile crafts alongside innovation in digital design through a combination of embroidery, illustration and laser cut print.

Over the last three years she’s been working closely with Urban Outfitters to exhibit and sell her prints in different stores. Her work has been displayed in Covent Garden, Guildford, White City and Camden.

Alongside  her  independent work as a mixed media artist she has worked on several design projects. She is recently been commissioned by Urban Outfitters to customise a table top along with some other artists as Emma Hindhaugh, Bob Motown, Paul McGeachy & Rob Whoriskey for a new store opening in Camden.

Other significant projects of her career are a collaboration with a band named Hejira for a night they run called Traum, creating stage set design as well as their e-flyers for the night and a  collaboration she did with a vintage shop to create a fun and quirky shop display online called Supermarket Sarah. Her illustrations were dotted in between some lovely pieces.

At the moment, she sells her work in a boutique in Brixton Village called Brixi and she will be creating her online shop soon.

For her recent commission for Urban Outfitters she has decided to illustrate the table top with British Birds in the context of a broader study of British Birds and Frogs.  She has named this study  JUMP + FLY and you can see some photos of her piece in progress on her blog: