Anaí Tirado Miranda is a Mexican artist who graduated last year with an  MA Photography from  the London College of Communication, University of the Arts London. In 2010 she finished a BA Visual Arts at the Universidad Nacional Autónoma de México. Her practice includes photography, wood engraving and drawing. In her work she interacts with her surroundings and subjects to understand the traces of reality and the stories that allow the viewer to observe and interpret; she also investigates the boundaries of human interaction and the power of the Artist’s role. 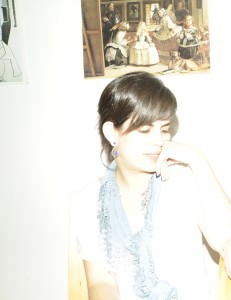 Besides from participating in several group exhibitions in Mexico and in her graduation show in November, A Forming State; she took part in the  Metroland exhibition, featured in the Inside Out Festival in London. In March this year, her series Untitled lifts was published by the online magazine #Photography. She is currently starting a collective in Mexico with other visual artists which impulses an artistic vision with contemporary concepts into a more commercial platform.

The series After Sleeping works as an excuse for her to approach her neighbours and invade their personal space and private lives. In this project, Anaí takes the role of a voyeur and transforms these images into her personal trophy. Through the series she questions the power of the camera as a motor to invade the intimacy of the photographed subjects.

She is currently living in Mexico City and working on a new project that approaches the subject of the family. An artistic, cultural, sociological and physiological study of the Mexican family: the links between its members and how these present themselves on the photographic image