Being born in the UK but having grown  up overseas, Adam Wozniak is a 23 year old up and coming artist. His work draws upon human empiricism, the theory that knowledge comes primarily from sensory experience. Completing his degree at The Ruskin School of Fine Art and Drawing this summer, he has gained experience from places such as the New York Film Academy to internships at the Chisenhale Gallery London. On top of his pursuit of contemporary art, Adam is interested in politics having interned at The House of Commons.

His work explores a very great number of persons or things. It is really an investigation into the study of being, existence and reality. You could describe his work as questioning the innumerable and the indefinite, using whichever medium is appropriate to a specific idea. Adam is not limited to the materials he uses. His work demonstrates a hybrid of painting and installation. Intended to capture the decisive elegance of mark making alongside the strong physicality of objects in narrative. The sculptural elements of his chosen objects have a strong presence against the white backdrop of the work. Making you reexamine mundane shapes and hues by juxtaposing and isolating them.

The focus between figurative and conceptual work is a typical problem for modern day artists. Adam does not necessarily agree with a center point but more of a focused entry point for his work. That allows a viewer to feel resonance with a core idea whilst gaining a sense of space for imagination and opinion. His art raises questions but is not overclouded by the rhetoric. Initiating a base for a viewer to recognize universal emotions- insecurity, elation, fear and resentment…

The works chosen are exhibited inside and are enclosed by neutral surroundings. The environment is so sterile, that it creates a feeling of being enclosed. Removed from a natural environment so much so that through the questioning of the objects existence, we question are own. There is a link between the man-made and aspects of human existence being a performative activity, which is emulated in Adam’s process and ideas. There is something unforgiving about his installations, they don’t try blending in or jumping out. Their physical existence is proof enough. His performances alter our perceptions in a similar way his installations do, but they have an added awareness of human force and time. That human reality on some level is purposeful at the very least. 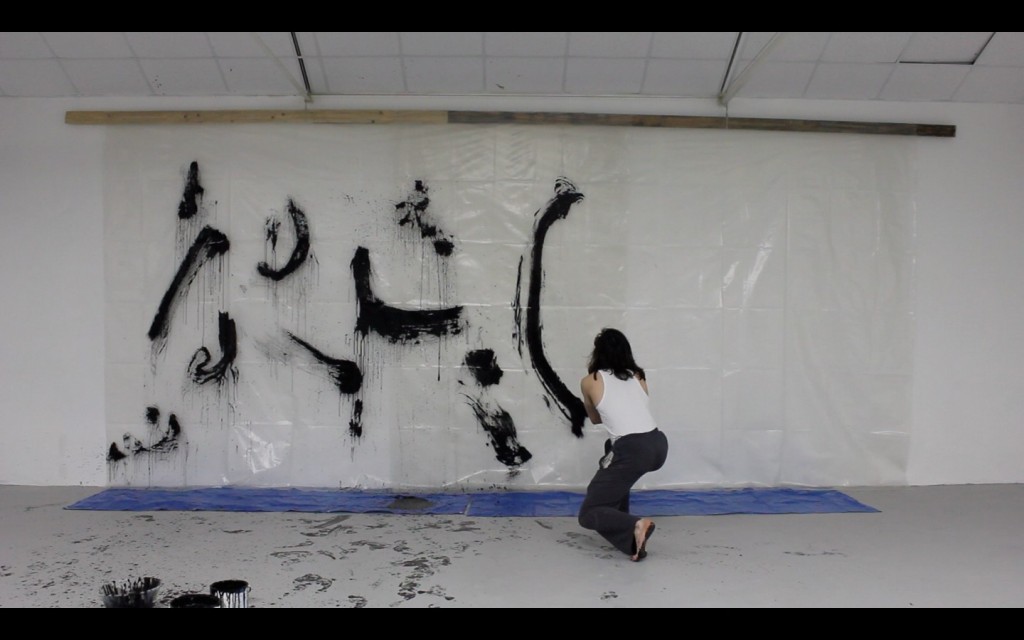